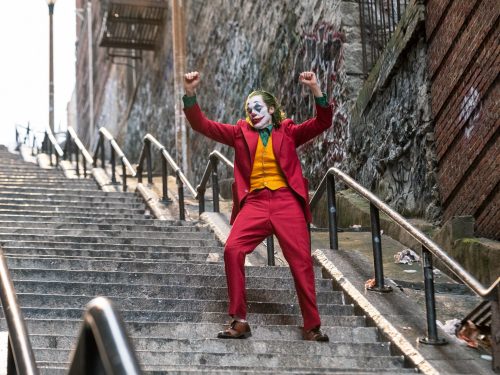 Takeshi Kovacs, the main character in my favorite book, “Altered Carbon,” gets the shit kicked out of him with every turn of the page. After he undergoes the equivalent of multiple lifetimes of torture, Kovacs, a seasoned spec ops agent, finally snaps. As he does, Kovacs hallucinates the apparition of a long-lost brother-in-arms who encourages him to “get to the next level,” giving Kovacs just enough of a push to survive his virtual reality torture (a fate worse than death) to force himself back into reality.

After dealing with depression for more than half my life, it’s time for me to get to the next level.

I’ve written about my battles with depression for most of my adult life, even if I’ve since taken down most (or all) of the blogs dealing with it. In pivoting toward a more professional “personal branding” (I’ll promise to try to never use that term again), I decided to refrain from speaking about my continued struggles with this dark and oppressive cloud that’s been my constant companion.

But I’ve been thinking about it more and come to the conclusion that writing about my depression experiences is a win/win: I get some sort of catharsis from doing so, and I help to normalize the illness by showing people it’s okay to talk about this stuff — and they’re not alone. And the reality is: I don’t think I’d want to work with a client who’d be turned off by my depression anyway.

(As an aside: I owe a huge debt of gratitude to those couple of clients who’ve learned of my depression and been understanding of the rare few times I’ve had to request an extended deadline or failed to promptly reply to an email.)

However, as I’ve recently learned, my depression may not be depression at all.

That’s right. I’ve dealt with what I thought was depression since I was 13, having gone to therapy, on (and off) anti-depressants, and making major changes to my life, but my depression always remained. Around when I was 24, I was fortunate enough to learn how to better manage and handle my symptoms and triggers and made great headway toward negating the constant turmoil and pain I felt, but still it remained, even if it was better controlled. 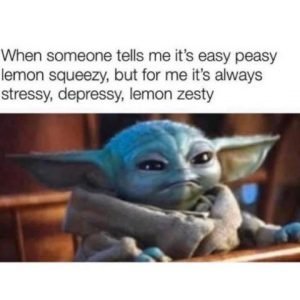 Naturally, I’ve continued to research and look into ways of improving my mental health:

Medications didn’t help me; they simply numbed my emotions to the point I felt nothing and couldn’t articulate much of anything (though this is my personal experience only. For many, medications are an immense help. Speak with your mental health professional for guidance and advice — I’m just a guy on the internet).

The few times I smoked weed, I felt like what I assume non-depressed people feel like normally. Unfortunately (and, if you’ve ever met me, unsurprisingly), I’ve never figured out how to buy weed and I’d never be able to trust random street dealers anyway, so weed was out of the question as a long-term solution.

Removing external triggers and negative environmental stimuli (jobs, relationships, situations) and embracing positive factors (working for myself, the cats, moving to WV) made the most significant headway toward improving my mental state.

As I continued to work on and improve myself, I could sense my “depression” adapting to the changes I made. I’ve said it before: Depression is an insidious bastard, which is (partly) why it’s so difficult to diagnose in many people. I finally got to the point where mine would ebb and flow, bringing me to a low point before granting me a respite from the pain. Rinse and repeat.

For the first time, I began to suspect that maybe my depression wasn’t depression at all. In all my research, the one mental illness that continued to stick out to me as a possible alternative to depression was bipolar disorder.

It was a suspicion all but confirmed in my lead-up to my move to West Virginia. Prior to my move, I was trying to figure out the best way to fly with my two cats and looked into getting them certified as emotional support animals. It was one of the most underhanded goals I’ve ever had: I never needed them certified as ESAs, but if they were, airlines couldn’t give me a hard time about flying with them, and that’s all that mattered to me. 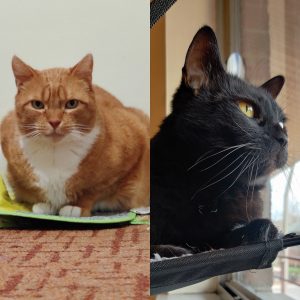 There are many online services that’ll grant pet parents an ESA, but they’re of questionable repute. Instead, I opted to make an appointment with a therapist — only to discover in our first meeting that she wasn’t allowed to write an ESA. Waste of time, right?

Surprisingly, no. Dr. Joyce proved to be one of the first therapists I’d ever met who I was able to connect with and trust. Maybe it was because I’d finally gotten to a maturity level where I wouldn’t innately resist therapy, but I also think she was the first therapist who genuinely cared about my mental wellbeing.

She was also the first to ever suggest that I may not have depression at all. After hearing the litany of my symptoms and thoughts, Dr. Joyce mentioned the possibility that what I suffer from is bipolar II disorder, bipolar I’s mild cousin.

Bipolar II is marked by periods of deep depression followed by brief episodes of hypomania, a much less severe form of mania. The symptoms fit me to a T.

My depressive episodes have always been the worst and most frequent, with weeks or months of depression followed by a day or two of higher-than-normal energy levels. I’d never do anything too risky in my periods of hypomania; where some with bipolar I are prone to go on irresponsible shopping sprees during manic phases, those with bipolar II are more likely to be a little more energetic and active during hypomania. In my case, that typically translates to me being more excited about my work. (Clients, rejoice.)

Unfortunately, Dr. Joyce was only licensed in RI and a few surrounding states, so I couldn’t continue to see her after moving to WV. I promised her I’d see a doctor once I moved, but with all the craziness of the move, I quickly forgot.

Recent experiences have served as a stark reminder, though.

I was miserable in Rhode Island. The cost of living was sky high, everything’s more expensive than it should be, and I was no longer on speaking terms with most of my extended family and some of my immediate family. On top of that, I never once felt at home in RI, despite living my entire 30 years there.

The move to WV has been incredible for my happiness and mental health. I have genuine and caring friends here, the cost of living is low, and the entire atmosphere of the area is more laid back and friendly. Nearly everyone I’ve met so far has been pleasant to talk to, and there’s far more to do here for someone with my personality than there was back in RI. Almost Heaven, indeed. 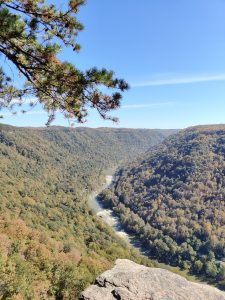 But those massive changes to my life have, I feel, put my mental health on the defensive. Like a cornered animal, it’s been lashing out at me with increasing rapidity. The cycles of my bipolar II diagnosis have been on a gradual increase with a corresponding increase in intensity.

I’m not going to deal with it anymore.

I’ve worked too hard and made too many changes in my life to continue accepting this frustrating mental state. Worse, I’ve begun to sense it impacting my work, and that’s not something I’ll let anyone or anything have a negative impact upon. I love my work and I count myself fortunate I’m able to finally earn a living from my passion for writing; nothing is going to take that away from me.

So, with a sigh, I’ve decided to finally try medication again. I think part of the reason the anti-depressants didn’t help me the first time around was because I was misdiagnosed as having clinical depression. In fact, anti-depressants may not even be effective for bipolar disorder. If my entire view of medication for mental illness is based around two bad experiences that culminated from a misdiagnosis, I’d be stupid not to try a medication that would treat what I actually have.

And so that’s what awaits for me on the next level. I’ve done extensive research into a doctor I think is a good fit for me and have looked into the medications I think would be most beneficial for combating this illness. As soon as the snow clears and I can get ahold of the doctor, I look forward to speaking with him and hopefully putting an end to this chapter for good.

2 thoughts on “Getting to the Next Level”

All content © Copyright 2021 Daniel Mattia/Paladin Publications, LLC, unless otherwise noted. Privacy Policy/Terms and Conditions
Daniel Mattia/Paladin Publications is a participant in the Amazon Services LLC Associates Program, an affiliate advertising program designed to provide a means for sites to earn advertising fees by advertising and linking to products on Amazon.com. Amazon and the Amazon logo are trademarks of Amazon.com, Inc, or its affiliates.